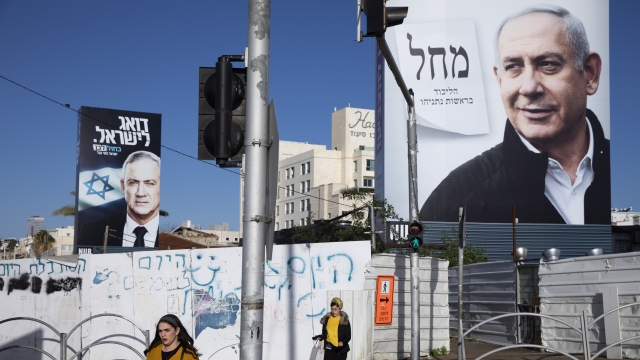 Israeli Prime Minister Benjamin Netanyahu and his rival Benny Gantz, the leader of the Blue and White party, have signed an agreement to form a national emergency government to combat the coronavirus.

The Jerusalem Post reports the new coalition is expected to have an equal number of center-right and center-left ministers and deputies.

On Twitter, Gantz and Netanyahu promised to protect their government, fight the coronavirus and take care of the people of Israel.

The country has been in a political deadlock for more than a year, during which time there were three general elections. If an agreement wasn't reached by May 7, it would have had a fourth. And that could still happen: Israel's president has to give Netanyahu a mandate to form a government, and a court could find that mandate illegal due to the criminal indictments against the PM. In that case, Israelis would head back to the polls.