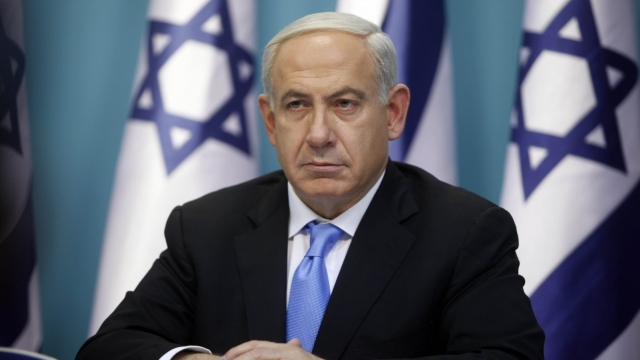 SMS
Israel’s Prime Minister Responds To 'Scandalous' Corruption Charges
By Nnamdi Egwuonwu
By Nnamdi Egwuonwu
March 2, 2019
The prime minister may become the first in Israeli history to be criminally prosecuted while in office.
SHOW TRANSCRIPT

Israeli Prime Minister Benjamin Netanyahu has responded to his recent indictment for corruption charges — including bribery, fraud and breach of trust — calling it a “witch hunt.”

Israel’s attorney general announced the charges late February, roughly a month before the country’s general elections and after a two-year long investigation. Netanyahu was accused of accepting gifts in exchange for tax favors   and using his influence to control media reports of him and his family.

Netanyahu can opt for a hearing before the charges become official. If they do, Netanyahu will make history as Israel’s first sitting prime minister to face criminal prosecution.

Netanyahu called the indictment an example of political persecution from the country’s left wing in an effort to “topple the right from power.”

He also said both his wife and son are being unfairly persecuted. The attorney general investigated the family members, but decided there wasn’t enough evidence to formally charge them.