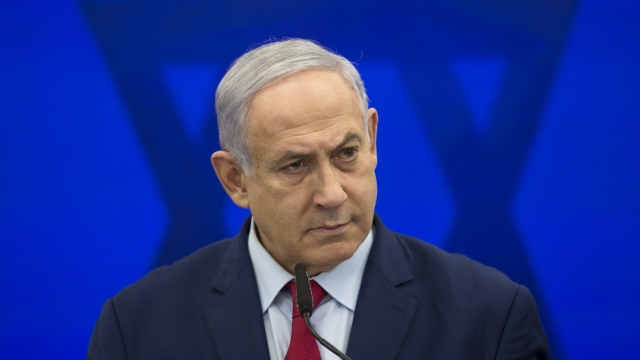 Prime Minister Benjamin Netanyahu was formally indicted on charges of bribery, fraud and breach of trust.

Netanyahu was indicted on charges of bribery, fraud and breach of trust in three separate corruption investigations. The charges were announced last month.

The first case alleges he exchanged regulatory favors to the shareholder of an Israeli telecom giant in exchange for favorable coverage. The second case alleges the prime minister and his family wrongfully accepted lavish gifts from two wealthy businessmen. And the third case alleges Netanyahu offered advantageous law for a newspaper in exchange for positive news coverage.

If he's convicted, Netanyahu would face up to 10 years in prison for the bribery charge and as many as three years for the fraud and breach of trust charges.