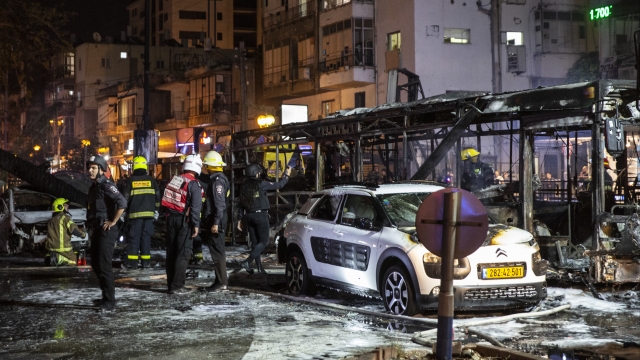 SMS
Israel Responds With Airstrikes In Gaza After Rockets Target Tel Aviv
By Newsy Staff
By Newsy Staff
May 11, 2021
Israel is halting air traffic and responding with airstrikes as militants in the Gaza Strip fire off another barrage of rocket attacks.
SHOW TRANSCRIPT

Israeli officials say one woman was killed in a rocket strike near Tel Aviv.

The woman is the third Israeli to be killed since the attacks began Monday.

Palestinian officials say at least 28 people have been killed in Gaza so far. Israel says most of the people hit in its airstrikes were militants.