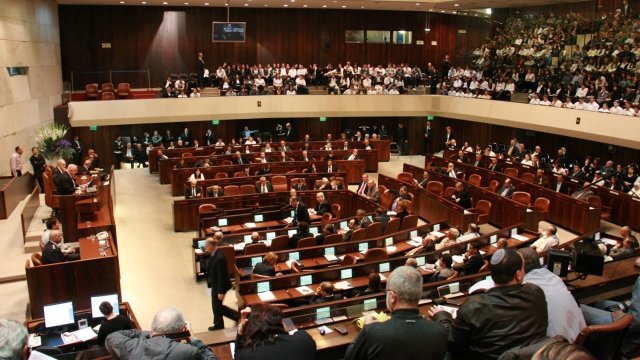 Israeli lawmakers passed a bill that defines the country as the nation state of the Jewish people.

The law passed in the Knesset on Thursday establishes Israel as the nation state of the Jewish people.

The bill defines Jerusalem as the capital and describes the flag. It also defines the official language as Hebrew and downgrades Arabic to "special status."

Though the bill is largely symbolic, critics say it discriminates against the county's Arab community. According to CNN, Arabs make up about 20% of Israel's population.

One Arab lawmaker said the bill declares Arab's as "second-class citizens," while others stood on the Knesset floor and tore up copies of the bill.