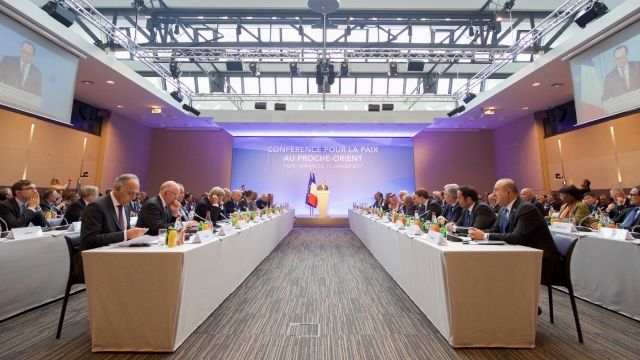 SMS
France Hosts Israel-Palestine Peace Talks Without Israel Or Palestine
By Jake Jones
By Jake Jones
January 15, 2017
Both Israel and Palestine are absent from Paris peace talks aimed at a "two-state solution" to settle decades of conflict.
SHOW TRANSCRIPT

France is hosting a peace conference with hopes of settling conflicts between Israel and Palestine with a so-called "two-state solution."

The only problem is neither is represented at the conference. 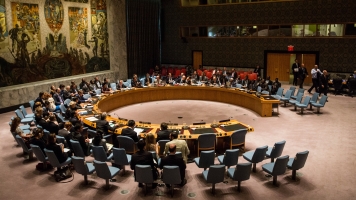 The goal is for world leaders to help craft some sort of an agreement that allows Palestine to become a legitimate country with recognized borders.

Netanyahu repeatedly said that for a two-state solution to be successful, the two states themselves need to negotiate, rather than world powers doing it for them.

But Palestinian President Mahmoud Abbas is considered by some to be a rejectionist who doesn't want to compromise with Israel and doesn't recognize it as a Jewish state.

The U.S. is taking part in the conference — but likely more for show than anything. Donald Trump's administration enters the White House this week, and the president-elect has boasted much more of a pro-Israel stance than the Obama administration has.