Israel Says It Destroyed Most Of Iran's Military Operations In Syria 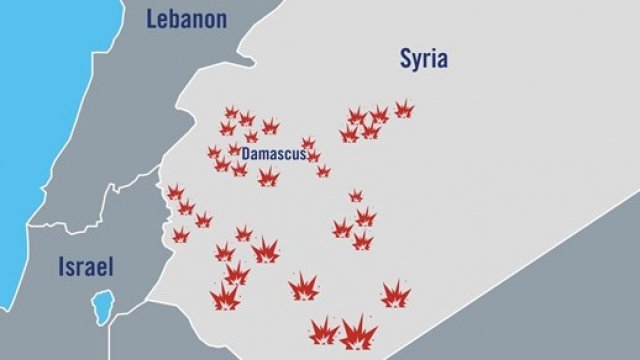 Tensions between the two countries have escalated dramatically since the U.S. left the nuclear agreement with Iran and said it'd reimpose sanctions.

Israel claims to have destroyed almost all of Iran's military infrastructure in Syria as part of an escalating back-and-forth between the two countries.

Israel is believed to have targeted Iranian facilities in Syria several times in recent months. Iran is against Israel's existence, and Israel sees any military entrenchment in Syria as a direct threat from Iran.

The current conflict seems to have started after Israel was accused of hitting an Iranian weapons depot near Damascus.

According to Israel Defense Forces, Iran responded with around 20 rockets fired at parts of the Golan Heights that Israel controls. That led to Israel's large response Thursday morning; the country said it targeted intelligence sites, logistics headquarters and a military compound.