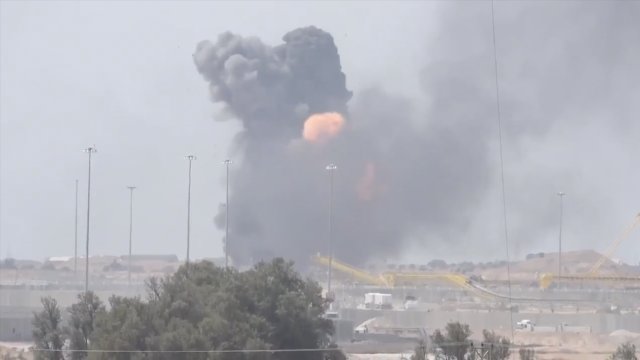 Israel's military confirmed it launched an air attack on Gaza on Tuesday, hitting military sites that belonged to Hamas and Islamic Jihad.

Israel Defense Forces claim they shot down most of the dozens of mortar shells Gaza militants launched at Israel earlier in the day. Three Israeli soldiers were hurt, with one suffering "moderate" injuries. It's unclear if the airstrikes injured anyone in Gaza.

Several media outlets say the exchanges are the largest military attacks between the two sides since the 2014 Israel-Gaza war.

Tensions between Palestinians and Israelis have risen in recent months. More than 100 Palestinians were killed at the Gaza-Israel border since violent protests started in late March, prompting a UN investigation.