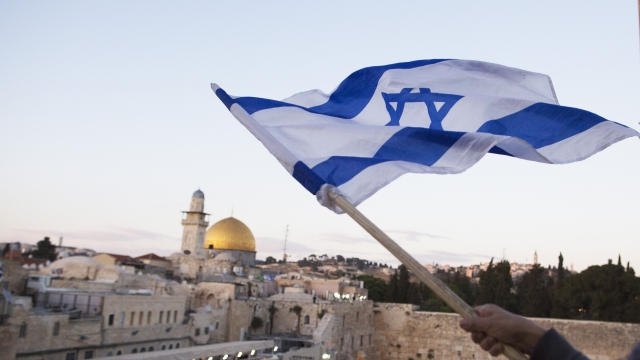 Israel has launched an airstrike on Iranian targets in Syria.

Israel Defense Forces announced the attack in a real-time series of tweets and, later, a press release. It was a rare deviation from its usual policy of vagueness when it comes to the country's activities in Syria.

The armed forces said the attack was in response to "the launching of a ground-to-ground missile carried out by an Iranian force from Syrian territory into Israeli territory." Those attacks were thwarted by an Israeli defense system.

The Syrian Observatory for Human Rights — a group based in the U.K. — said the strikes were Israel's most intense attacks against the Iranian targets in Syria since May.