Israel Launched Another Air Raid On Hamas Targets In Gaza 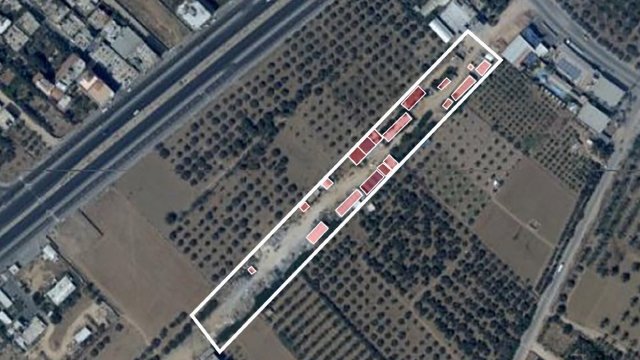 SMS
Israel Launched Another Air Raid On Hamas Targets In Gaza
By Jake Jones
By Jake Jones
July 20, 2018
Four Palestinians were killed, according to the Palestinian Ministry of Health.
SHOW TRANSCRIPT

Israel's air force said it launched a "wide-scale attack" Friday on Hamas targets in Gaza after an Israeli soldier was shot and killed along the border with the Strip.

Israel Defense Forces responded, killing four Palestinians, according to the Palestinian Ministry of Health. Reports vary on whether three or all four of the Palestinians killed were members of Hamas, the militant political group controlling Gaza.

The IDF then targeted dozens of Hamas locations in Gaza. This barrage follows similar attacks in recent weeks that were reported to be the largest exchanges since the 2014 war.

Gaza and Israel have been on edge for months amid continuing Palestinian protests against a yearslong blockade that has devastated its economy.

Reuters reports a Hamas spokesman said the group agreed to a ceasef-ire. Israel has yet to comment on a possible break in fighting.