Israelis Head To Polls For Second National Election This Year 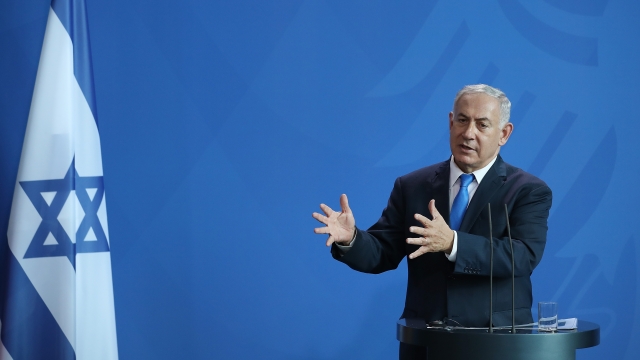 Voters are headed to the polls in Israel Tuesday as the country holds its second national election in five months. It's expected to be a tight race between Prime Minister Benjamin Netanyahu and his closest opponent, former Israel Defense Forces Chief of Staff Benny Gantz.

This election comes after Netanyahu, Israel's longest-serving prime minister, secured a narrow win in April, but was unable to build a governing coalition.

According to CNN, this is the first time in the country's history that a prime minister failed to form a governing coalition with a viable majority. As a result, Netanyahu arranged a midnight vote to disperse parliament and call new elections before Gantz had a shot at trying to form the government.

Opinion polls are showing the race as too close to call, with Netanyahu's Likud Party running level with Gantz’s Blue and White Party.

While Israel's economy has improved during Netanyahu's decade in office, and the country has seen a decline in Palestinian attacks against Israelis, Netanyahu has spent recent weeks working to appeal to right-wing voters with promises to annex the Jordan Valley and apply Israeli sovereignty over the occupied land at the center of the Israeli-Palestinian conflict. It's a move that the United Nations says would be a blow to peace efforts in the region.

In the midst of all this, Netanyahu is facing possible indictment in three corruption cases involving bribery and breach of trust.

According to NPR, is there is a chance that the elections could produce the same results, casting doubts about Netanyahu's shot at a fifth term and the potential of yet another round of elections.