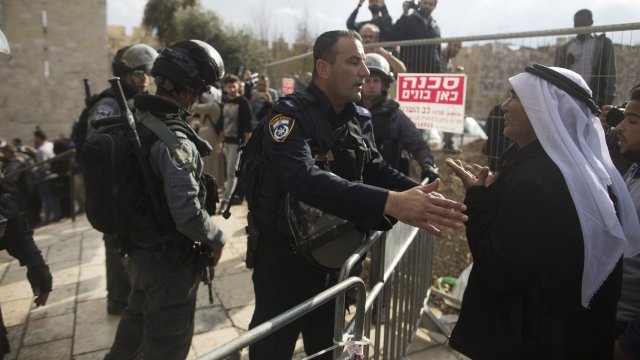 Palestinians aren't technically citizens of Israel; many have what's called "permanent status," which gives them the ability to travel and receive benefits. But those privileges can now be taken away for a number of reasons:

— The resident has ties to terror groups

— The resident lied to get residency

— The resident was convicted of terrorism

— The resident is seen as a public threat

— The resident committed a "breach of trust" against Israel

The law was drafted following a high court ruling that said the interior ministry couldn't revoke the residency status of four Hamas members under current law. But the court gave the government six months to write a law that made it legal.

It's not clear how far this law can go; a member of the Knesset called the bill "bad and dangerous" legislation, noting that Palestinians have "no connection of loyalty" to Israel. Another called it the latest attempt to rid East Jerusalem of Palestinians.