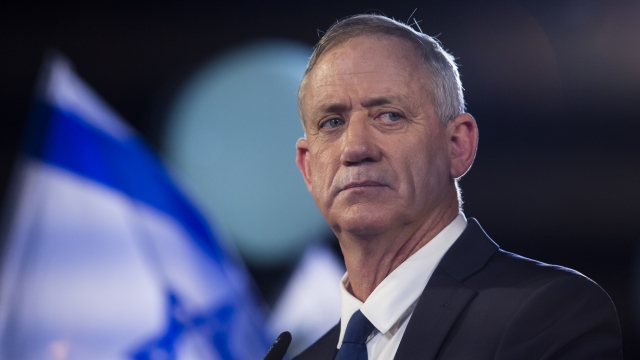 The race for Israel’s prime minister seat is tightening. The members of the country’s Arab bloc in parliament have recommended former Israel Defense Forces Chief of Staff Benny Gantz over incumbent Benjamin Netanyahu.

According to the BBC, this weekend’s recommendation marks the first time since 1992 that an Arab political group has issued an endorsement for prime minister.

Known as the Joint List, the bloc secured 13 seats during the country’s second national election this year. The Joint List has openly expressed an interest in preventing Netanyahu from serving another term in office, as well as pushing a narrative that Israel’s future must be inclusive of Palestinian Arab citizens.

The leader of the Joint List said on Twitter Sunday: "The only future for this country is a shared future, and there is no shared future without the full and equal participation of Arab Palestinian citizens."

And a Joint List lawmaker joined in on the conversation over the weekend, telling reporters "Benny Gantz is not our cup of tea." He added, "but we promised our constituents that we would do everything to topple Netanyahu, and the default here is recommending Benny Gantz."

Full backing from the Joint List won’t give Gantz the numbers he needs to secure a majority in parliament, as he would need at least 61 seats out of 120. But it will give him a boost in negotiations about who will get the first shot at forming a government.

That decision will ultimately be made by Israel’s president, who has made clear his wishes to avoid a third general election in Israel if possible.