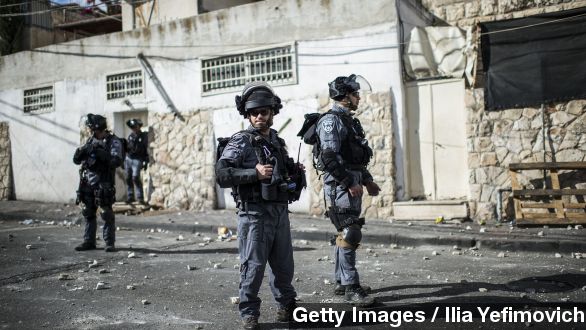 In Israel's latest bid to restore calm in east Jerusalem, Prime Minister Benjamin Netanyahu's cabinet has approved a jail sentence of up to 10 years for anyone convicted of throwing stones at Israeli vehicles, and the state doesn't need to prove intent to harm.

In Netanyahu's words, the proposal is designed "to return quiet and security to every part of Jerusalem."

But as a law professor at Hebron University of Jerusalem told Bloomberg, "The concern is that it could hurt people who didn't intend to harm or kill someone."

Although the Israeli cabinet has approved the amendment to Israel's penal code, it must still win backing in the Knesset before it can take effect.

It's one of several new security measures Israel is weighing in the face of this latest outbreak of violence. After this summer's 50-day war in Gaza, the clashes moved to east Jerusalem's Arab neighborhoods. (Video via RT)

Palestinians who oppose Israel's control of the West Bank have protested by throwing stones at cars and buildings. They've been met with tear gas and rubber bullets from police. (Video via Euronews)

After a rocket was fired into Israeli territory this weekend, Israel sealed off its two operating border crossings with Gaza, which critics called a punitive measure that would isolate an already impoverished region.

And after the attempted assassination of an Israeli activist, Israel briefly closed the holy site known to Jews as the Temple Mount and to Muslims as Al-Aqsa — a move Palestinian President Mahmoud Abbas called a "declaration of war" before it reopened Friday.

The holy site was last closed in 2000. The unrest that followed led to the Second Intifada — an uprising that left thousands of Israelis and Palestinians dead. (Video via Channel 2)