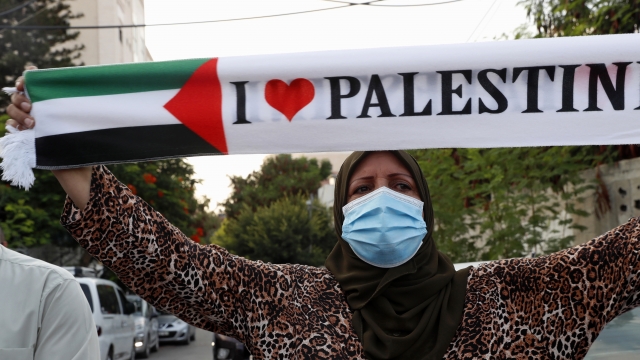 Israel bombed the Gaza Strip Tuesday night during the signing of the so-called "Abraham Accords" at the White House. The Israeli army said the air strikes were retaliation for rockets launched into its territory from Gaza.

The Israeli army said the rockets injured two people. Israel has launched a series of nighttime strikes against Gaza recently in response to what the army described as "incendiary balloons."

The Palestinian news agency said Israeli warplanes hit targets across Gaza, but no casualties were reported. Hamas, the political group that governs the Gaza Strip, said it would continue responding to any acts of aggression against the Palestinian people.

The "Abraham Accords" were brokered by the White House. They officially formalize ties between Israel, Bahrain and the United Arab Emirates after years of under-the-table relations. Palestinians have denounced the agreements as a betrayal, saying they ignore Israel's ongoing occupation of their lands. Critics also say the deals undermine the possibility of a viable, independent Palestinian state.

On Tuesday, Palestinians continued demonstrating against normalization. Palestinian President Mahmoud Abbas said the agreements would "not achieve peace in the region" until the U.S. and Israel acknowledged the Palestinian right to self-determination and ended the occupation.