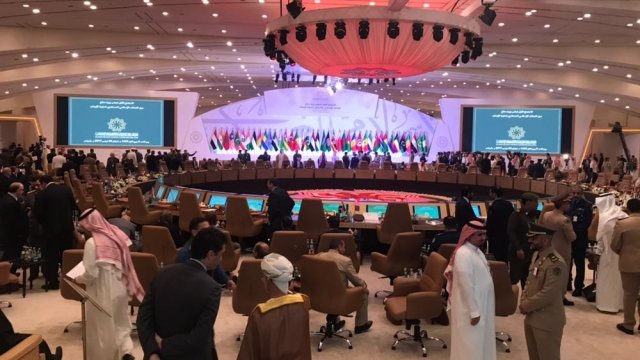 A Saudi-led anti-terrorism coalition of 40 Muslim-majority nations met for the first time over the weekend.

A recent attack on a mosque in Egypt played a prominent role in the meeting.

The recently appointed crown prince forged the Islamic Military Counter Terrorism Coalition in 2015. Since he was named the country's next leader in June, he's taken a more aggressive stance against Iran.

That's led to some fears that this coalition would be a way to isolate Tehran and its allies.

The group's stated goals are to enhance "Islamic solidarity and cooperation" against "attempts of terrorist groups to destabilize the security of Member States, or to distort the image and permissibility of Islam and Muslims." That includes fighting extremist ideology, cracking down on terrorism funding and sharing intelligence.

Representatives from Qatar, the coalition's 41st member, were not invited to the inaugural meeting. Saudi Arabia and a handful of other nations have tried to isolate the country after accusing it of supporting terrorism. Qatar denies those claims.