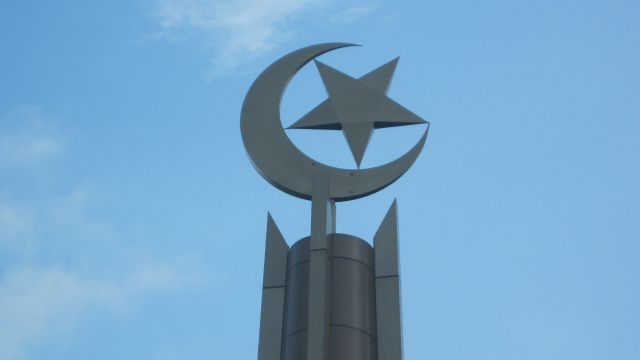 SMS
'Islam Bloody Islam' Billboard Causes A Stir In Florida Town
By Newsy Staff
By Newsy Staff
April 11, 2016
The billboard is located in St. Augustine, Florida, and whoever paid for it hasn't come forward yet.
SHOW TRANSCRIPT

A billboard in St. Augustine, Florida, is irking passersby so much, some are petitioning for it to be taken down.

The billboard in question reads, "Islam Bloody Islam — doomed by its doctrine." So far, it's unclear who put up the sign, as the billboard doesn't direct viewers to a website or phone number, and whoever paid for it hasn't come forward.

But that's not stopping locals from trying to get it removed.

"This is horrifying because this tells me that they want everyone in our whole city to read this," one resident told WJAX.

A petition calling for 2,000 signatures appeared online after the "offensive" billboard popped up.

The petition reads, in part, "It is of the utmost importance that we stand against messages and movements that isolate, judge and threaten an entire sect of people who share our same hometown."

The billboard leaser told WJAX it was paid for by an individual, not an organization or a church group.

This video includes an image from Rudy Herman / CC BY 2.0.