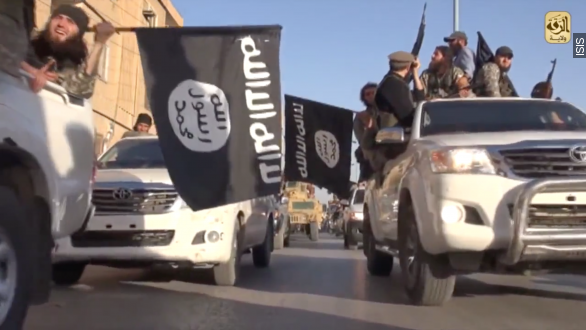 ISIS claims to have killed dozens of Ethiopian Christians in its latest execution video.

News outlets say the video appears to show militants carrying out the execution in what it said were two provinces of Libya.

Reports of ISIS in Libya aren't new. The group has claimed responsibility for attacks in the country over the past year. (Video via CNN)

But, as The New York Times points out, if the video's location is confirmed as Libya, it could be especially disheartening: "Of all the places the militants have used the group's name, Libya may also be uniquely vulnerable to penetration because of the collapse of any central authority since the overthrow of Col. Muammar el-Qaddafi four years ago."

While that may play to ISIS' advantage, there have also been reports that the group is fighting rival local militias there. (Video via CCTV)

ISIS has targeted regional Christians in the past. In February, the group released a video appearing to show militants executing Egyptian Christians, which prompted Egyptian airstrikes against the group. (Video via CBS, Egyptian Armed Forces)