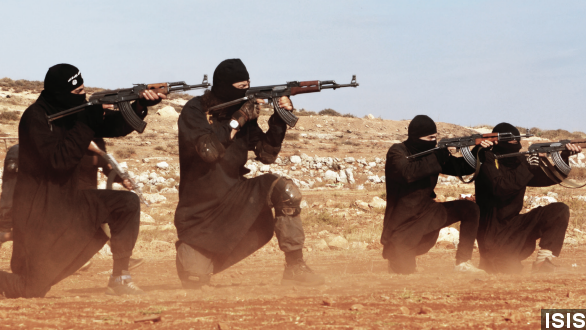 ISIS militants have kidnapped as many as 90 Assyrian Christians from a town in northeastern Syria, a monitoring group said Tuesday.

ISIS has reportedly added to its list of atrocities, this time kidnapping scores of Christians in Syria.

The activist group says that number could be as high as 90 and include women and children — all of whom are Assyrian Christians.

Assyrians are not only one of the world's oldest Christian communities but are also the most persecuted, having been a frequent target of extremists since 2003. (Video via Press TV)

A Demand For Action, which is an activist group that supports religious minorities in the region, posted this statement Monday. It says ISIS is demanding a prisoner swap: the kidnapped Christians in exchange for ISIS militants detained by Kurdish fighters. No word yet from those Kurdish fighters.

The abductions come just over a week after militants affiliated with ISIS released a video of the beheading of 21 Egyptian Christians.

It might seem like ISIS is just now stepping up its targeting of Christians, but this has long been the case.

For more than a year now in the Syrian town of Raqqa, ISIS has forced Christians to either convert, pay a tax or face execution. (Video via RMC)

ISIS paints this conflict as religious war — one between Muslims and crusaders. This is clear from its propaganda. Its English-language magazine is filled with calls to burn the so-called crusader armies.

Thousands of Christians have fled since ISIS started making gains in Iraq and Syria last summer. In response, several hundred Assyrians have formed a battalion — known as the Nineveh Plains Protection Unit — to protect their homeland.