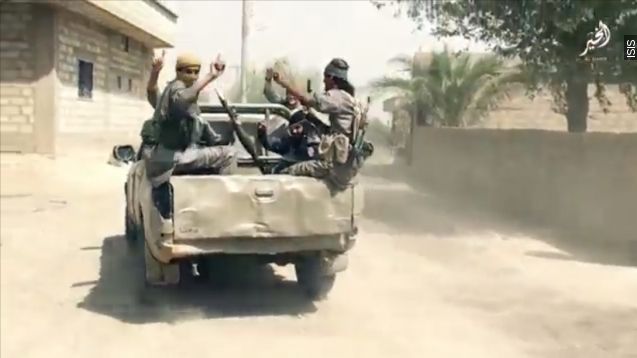 ISIS has reportedly killed hundreds of people and captured at least 400 in eastern Syria.

There are conflicting reports about the scope of the attack in the Deir ez-Zor region. Local media report 300 civilians were killed, but a Syrian activist group says around 135 were killed, including 50 pro-Syrian regime fighters. (Video via Al-Alam)

If local media estimates are accurate, this could be the largest number of deaths in a day since the start of the Syrian conflict in 2011. (Video via Al Jazeera)

Reports say those kidnapped are Sunni Muslims, the majority group in Syria. (Video via ONTV)

These recent killings are strategic for ISIS, allowing the group to have a stronger hold in a region of Syria that's high in resources like oil. (Video via Alaan)

The Deir ez-Zor region has been coveted by ISIS. Not only for it's natural resources, but also for potential fighters.

Reports say ISIS forces those living in the region to pledge to the terrorist group — promising lavish rewards for those who do, and punishing those who don't.

But ISIS isn’t the only one fighting for control of the region. It’s been disputed between the Syrian government and rebel groups too. (Video via Syrian News Free Press)

Some report Saturday's push back from the Syrian army resulted in the death of one of the top regional ISIS commanders.