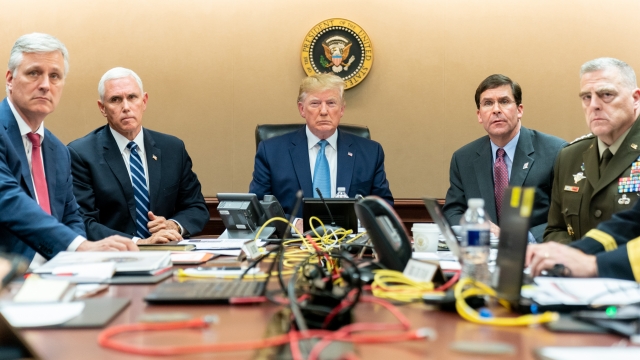 In his address, President Trump detailed the events as they happened. He said the compound that al-Baghdadi was staying at in northwest Syria was evacuated before he died. Eleven young children were taken out of the compound, uninjured. The president said U.S. forces led al-Baghdadi to a dead end tunnel where he allegedly took his three children before detonating a suicide vest, killing them all instantly. The tunnel then collapsed on top of them.

President Trump said al-Baghdadi had been under U.S. surveillance for a couple of weeks before Saturday's attack. He had previously been in hiding for the past five years, with his last public video appearance being April of this year. President Trump said he didn't tell all members of Congress any details of the raid in fear there would be leaks.

During the address, the president said eight U.S. force helicopters flew over Russian airspaces because the territories they would be flying over had potential to be even more dangerous than the mission itself.

President Trump said materials recovered from the raid included critical ISIS information as well as future plans. No U.S. service members were killed in the raid.