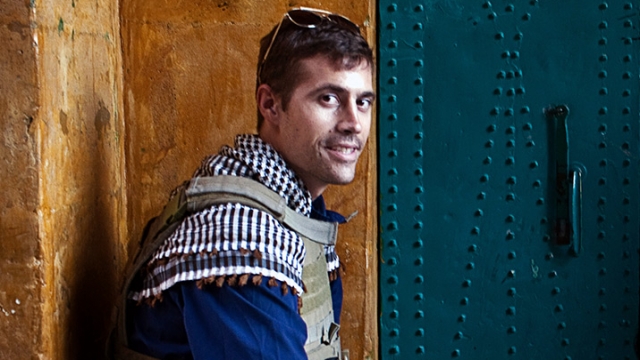 "What would be more important to Jim is that his death would be worth something in terms of making a difference in the world," said Diane Foley, the mother of journalist James Foley.

In 2014, conflict journalist James Foley was the first American citizen to be killed by ISIS. A documentary about his life screened last week at Northwestern University, where Foley was once a student.

"Do we care about our freedoms? What is the value of an American citizen? What is so vital about journalism and free speech to our democracy?" Diane Foley asked.

"The reality is our democracy depends on truth seekers. It depends on quality journalism. Terrorism wants to silence us. They don't want people to be free," Diane Foley added.

Foley was one of at least 23 Western hostages held by ISIS at one point in 2014; many captives were Europeans and were released after their governments paid ransoms to terror groups. It is generally against U.S. policy to pay ransoms to such groups.

"I hope that the film can help inspire other young people in the world — but to be shrewd and savvy so that they're safe as they share those stories with others," Diane Foley said.

This video includes clips from the The Boston Globe, CNN, GlobalPost, CBS, Sky News and C-SPAN.