ISIS Is Trying Hard To Bring Al-Shabab Into Its Fold 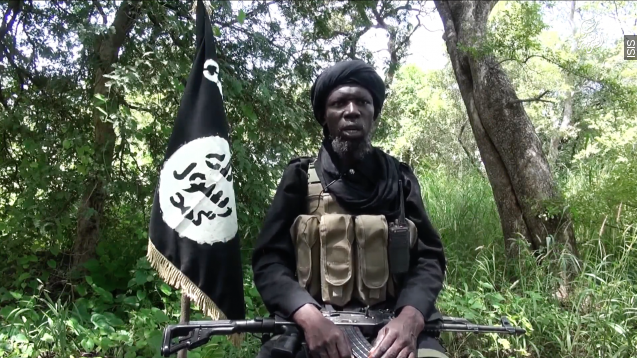 SMS
ISIS Is Trying Hard To Bring Al-Shabab Into Its Fold
By Jake Godin
By Jake Godin
October 14, 2015
ISIS has released a total of seven videos trying to convince members of Al-Shabab in Somalia to defect to their side. Six came out this month.
SHOW TRANSCRIPT

This is Al-Shabab. They’re Al-Qaeda’s affiliate in Somalia. ISIS wants them on their side.

Each calls for Al-Shabab to drop Al-Qaeda and to join ISIS, instead. ISIS has tried to court Al-Shabab once before.

It didn’t work. But ISIS seems to be influencing at least some Al-Shabab’s members.

A recent report from Voice of America says Al-Shabab has arrested more than 30 of its members after they distributed pro-ISIS leaflets.

Al-Shabab’s lost a lot of ground to AMISOM, an African coalition backed by the United Nations.

Still, it continues to threaten the region.

It’s not clear whether this latest push will bring Al-Shabab over to ISIS’ side, but it might continue to chip away at its fighters in Somalia.