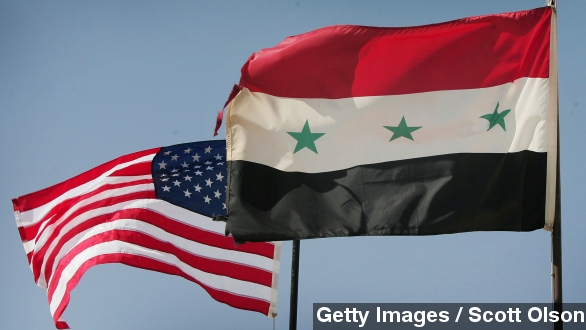 On Friday, ISIS fighters launched an attack on an Iraqi air base where American military advisers were stationed.

This comes just a day after ISIS fighters seized control of parts of the nearby town of Al-Baghdadi. Iraqi security forces were able to push ISIS out of the town on Friday.

ABC reports ISIS fighters wearing Iraqi military uniforms were able to initially infiltrate the Al Asad air base, but the attack was not successful in seizing the base.

More than 300 U.S. military personnel were stationed at the base to train Iraqi and Sunni tribal fighters and were not involved in the fighting.

Al-Baghdadi has been the subject of a monthslong siege by the terrorist group, which captured large swaths of northern and western Iraq last year.