ISIS Doesn't Get Why Refugees Aren't Coming To Its Territory 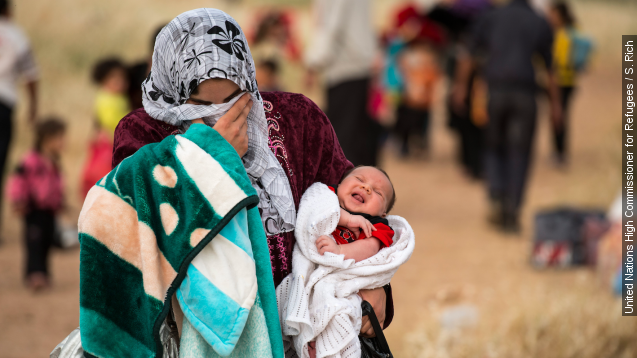 SMS
ISIS Doesn't Get Why Refugees Aren't Coming To Its Territory
By Jake Godin
By Jake Godin
September 19, 2015
ISIS doesn't seem to understand why refugees would choose Europe over its so-called caliphate.
SHOW TRANSCRIPT

Refugees are fleeing to Europe by the thousands, and ISIS isn't happy about it.

The extremist group has released a series of videos complaining about refugees choosing to go to Europe instead of their so-called caliphate.

While refugees are no doubt fleeing from within ISIS' own territory — Syrian President Bashar al-Assad's regime also creates refugees and has killed many more civilians. (Video via Darayya Media Center)

So far, ISIS has released about 10 videos. They try to contrast the struggle refugees face getting into Europe with how much better life is supposed to be in ISIS territory.

Of course, life really isn't better in the caliphate — it's not hard to guess why a refugee wouldn't want to flee into another war zone.

But it's not like getting to Europe is a simple task, either. Many refugees die or disappear trying to reach Europe. (Video via United Nations High Commissioner for Refugees)

And when they do make it, they're often confronted with fences, uncertainty and little access to the most basic of human needs.