ISIS By The Numbers: How The Group Funds Terror 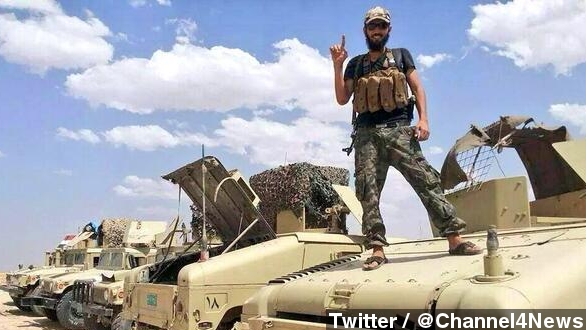 SMS
ISIS By The Numbers: How The Group Funds Terror

By Elizabeth Hagedorn
June 15, 2014
The jihadi group of extremist fighters has donors in several Arab states. It also seized about $450 million during its raid of Mosul's central bank.
SHOW TRANSCRIPT

They’re known as ISIS. They're experienced and brutal jihadi fighters, and as of this week, they're likely the world’s wealthiest terrorist group.

Here are the numbers you need to know to understand the terrorists so ruthless even Al Qaeda says they’re too extreme. (Via YouTube / Nasrun min Allah)

While it’s not clear exactly how many fighters ISIS has, many analysts say it’s close to 10,000. They’ve recruited from Arab nations including Saudi Arabia, Jordan and Yemen but have enlisted recruits from Western countries too. (Via TRAC / AllEyesOnSyria)

Despite having some 10,000 fighters, it only took a small force of 800 ISIS militants to overrun Iraq’s second-largest city with relative ease and send thousands of Iraqi troops fleeing their posts. (Via YouTube / انتفاضة أحرار العراق)

​The next number — $429 million. That’s how much money ISIS made off with when it robbed Mosul’s central bank. But it's financial assets are far greater than that. (Via Al Arabiya)

The Council on Foreign Relations reports ISIS gets cash from donors in Jordan, Syria, and Saudi Arabia. Not only that, the Al-Qaeda offshoot reportedly makes $8 million a month by extorting taxes from businesses.

For some comparison, the CIA estimated Al-Qaeda had an operating budget of just $30 million at the time of the September 11 attacks. (Via CBS)

Aaron Zellin of The Washington Institute for Near East Policy writes in The Atlantic, ISIS's hundreds of millions in funding won't just help on the battlefield. "It will also help underwrite the group's campaign to win hearts and minds."

Now, the final number you should know — $20 billion. That’s what the U.S. has spent training and equipping Iraqi security forces with cargo tanks, planes and weapons. (Via YouTube / Son Alozd)

Much of which was abandoned by Iraqi troops this week and promptly scooped up by ISIS militants. (Via Twitter / @Islamic_States, Twitter / @AbuUar8246)