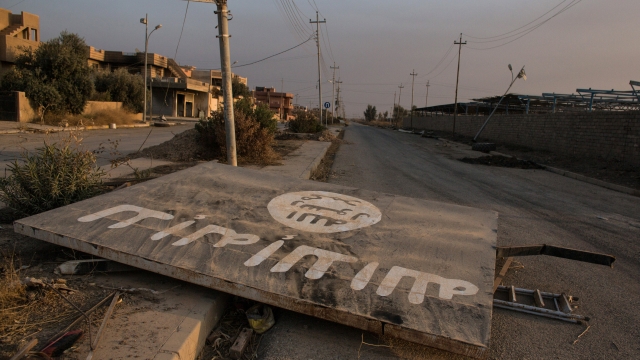 ISIS announced who will succeed Abu Bakr al-Baghdadi on Thursday.

Baghdadi killed himself and two children by detonating explosives in a tunnel during a U.S. raid in Syria. U.S. forces were able to use DNA evidence to identify his remains.

Dr. Asaad Almohammad with the George Washington University Program on Extremism told Newsy earlier this week that the new leader will have his work cut out for him. He said this includes "rift with other jihadi groups, internal disputes between members of the organization, commanding distance branches of the Islamic States, not to mention ongoing counterterrorism efforts."

The audio also confirmed the death of a close aide to Baghdadi, Abu Hassan al-Muhajir. President Trump announced the aide's death on Tuesday, saying Muhajir was next in line to lead ISIS.