Is Your Laptop Still A Laptop Without A Keyboard? Apple Thinks So 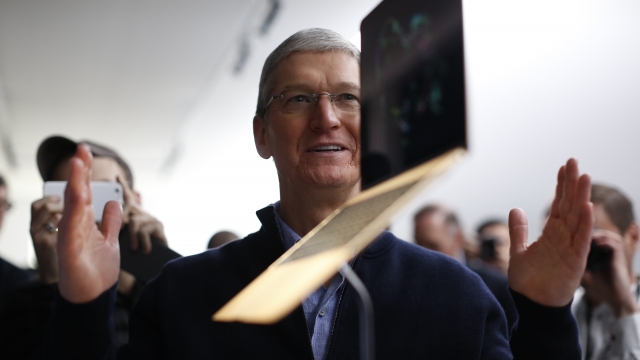 SMS
Is Your Laptop Still A Laptop Without A Keyboard? Apple Thinks So
By Mikah Sargent
By Mikah Sargent
April 8, 2016
Apple filed a patent for a flat, force-sensitive keyboard. In other words, the keyboard doesn't have keys.
SHOW TRANSCRIPT

Apple's devices could be thinner.

Or, at least, that's what Apple seems to think.

The company filed a patent for a laptop keyboard without keys — just a flat, force-sensitive surface.

It's akin to a tablet or smartphone keyboard, but made of metal — not glass. Tiny holes allow light through the metal to display individual keys.

The patent describes a form of haptic feedback — short, gentle vibrations — that lets you know you're pressing the keys.

Because the satisfying click of a keyboard is so 20 years ago.

Clicky keyboarding aside, do we really need a thinner, lighter laptop?

Macworld says no: "This has got to stop at some point — assuming that Apple's not going to create a monomolecular laptop that you can throw like Oddjob's hat."

This video includes clips from Apple and MGM/UA Home Entertainment.