Trump Invoking An Immigration Emergency Would Be Unprecedented 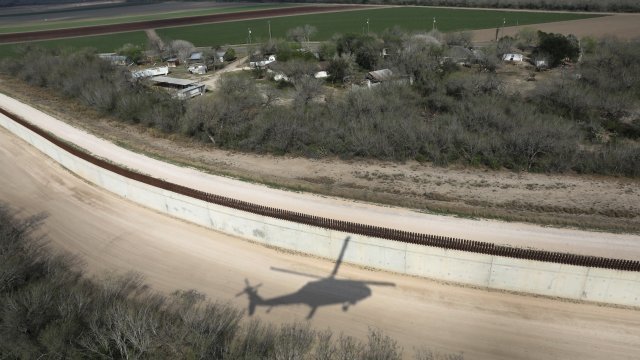 President Trump is trying to get wall funding by declaring a national emergency, but experts are skeptical he can do that.

"I don't think he can go through with it," said James Thurber, professor of government at American University and author of "Rivals for Power: Presidential-Congress Relations." "Maybe it will take a judicial action to force him not to do it, but I think that he probably found out that there was such a thing as the national emergency powers of the president and that stuck with him, and so he tweeted and stated things that were well before legal advice given to him."

But is there precedent for Trump's potential move? They have been used by President George W. Bush during times of war and by President Barack Obama after Russia annexed Crimea.

"Emergency powers were used to build facilities in Afghanistan and Iraq, but they've also been used since the 1976 National Emergencies Act that defines what you can and cannot do. They've been used probably 30 times, primarily on trade issues but also related to war and war powers," Thurber said.

An immigration emergency is defined as an influx of undocumented immigrants "of such magnitude or [which] exhibits such other characteristics" that it goes beyond the capabilities of standard immigration enforcement. Those "characteristics" include the likelihood of the influx growing, a connection between the influx and rise in criminal activity, and overwhelming demands on law enforcement agencies — all three of which Trump has pointed to as reasons for a wall. One thing Trump has yet to address is where the funds would come from if he does goes through with declaring one.

"It would come from reprogramming of existing funds, not in the Department of Homeland Security but somewhere else, which he is allowed to do under this emergency action. There are contingency funds here and there, also, that could do this," Thurber said.

Before that's even decided, Trump would likely have to face off with Democrats if he were to invoke emergency powers for this. U.S. Rep. Adam Schiff called it "a complete nonstarter." With the House now controlled by Democrats, he could face challenges to the move, too.

"If he goes through with it, the House of Representatives will have oversight hearings and they'll complain, but it takes action in the House and the Senate to override what he is doing. The power of the purse is with Congress," Thurber said.