Is The Answer To The US Gun Violence Problem In Australia? 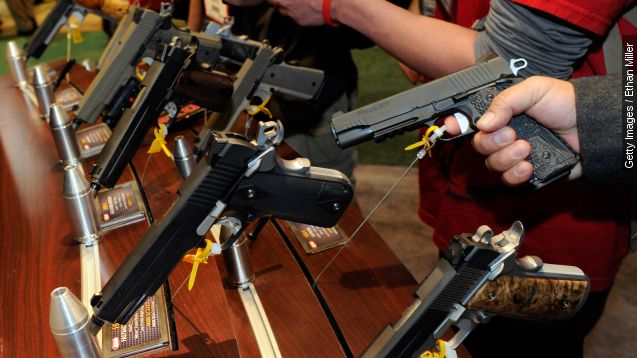 "When Australia had a mass killing — I think in Tasmania about 25 years ago — it was just so shocking to the system that the whole country said, 'We're going to completely change our gun laws.' And they did, and it hasn't happened since," President Obama told Marc Maron on "WTF."

On the podcast, Obama repeated a familiar line on gun control: Australia is a success story.

The catalyst was a 1996 shooting spree by a lone gunman in Port Arthur, Tasmania that left 35 people dead. (Video via NBC)

Among other things, the new laws banned assault rifles and implemented uniform registration standards. Some 650,000 guns were handed over in federally funded gun buybacks, cutting in half the country's number of gun-owning households. To give you an idea of just how big the buyback was, the equivalent number in the U.S. would be around 40 million guns.

In this 2010 study, economists Andrew Leigh and Christine Neill found a 65 percent drop in gun-related suicides in the 10 years after the Port Arthur massacre. The firearm homicide rate fell by 59 percent nationwide.

That last statistic is the point of some debate. One study determined a decrease in firearm homicides was already underway before the reforms, although that paper's methodology has been questioned.

Now, there is one statistic that no one's arguing with. In the 18 years prior to the Port Arthur massacre, Australia had experienced 13 mass shootings. It hasn't experienced a single one since.

With that in mind, could Australia's gun policies ever serve as a model for the U.S.? The two, after all, have a lot in common: Both are frontier countries with strong gun cultures.

Also different — Australia's 1996 legislation was backed by overwhelming public support. In the U.S., slightly less than half the country supports stricter gun legislation, according to Gallup.