Is Stockpiling Tamiflu A Waste Of Government Money? 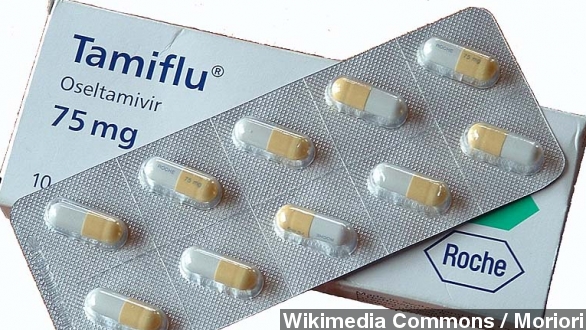 SMS
Is Stockpiling Tamiflu A Waste Of Government Money?

By Steven Sparkman
April 10, 2014
A report by a U.K. organization says, after finally getting all clinical trial data for the drug, it turns out its benefits have been overblown.
SHOW TRANSCRIPT

Governments around the world have spent billions of dollars stockpiling drugs to fight flu pandemics, and this week an independent review shows all that money might have been a waste.

In new studies by The Cochrane Collaboration and the British Medical Journal, researchers say the drug Tamiflu doesn't fight the flu much more effectively than regular, over-the-counter Tylenol.

"The effectiveness has been overplayed and the harms underplayed, which really must bring into question the decision to stockpile the drug and the continuing guidance from WHO to do so."

The findings came after doctors and scientists pressured Tamiflu's manufacturer Roche into releasing all of its clinical trial data, much of which had been kept secret.

For years, Tamiflu has been touted as the only anti-viral capable of stopping the spread of the flu virus. Governments bought up the drug after 2005's bird flu scare and 2009's swine flu pandemic. (Via Vimeo / Olive Make-Up Artistry)

And while the studies do show some modest effects, the researchers say Tamiflu just doesn't do what governments bought it for.

First, the good news for the drug: it has been shown to reduce flu symptoms and shorten the duration of those symptoms, but only by around half a day on average. And it works best on patients who are sickest. Now the bad news: it has plenty of side effects, like nausea, vomiting and even psychiatric problems, it doesn't affect the worst complications of the disease like pneumonia, the effects in children are inconclusive and it doesn't do much to stop the spread of the disease person-to-person — which was the whole point. (Via Tamiflu.com)

So why are we just finding this out now, instead of back when the drugs were being reviewed? One of the doctors involved in the report says this whole episode points to big problems in how drug trials are handled.

Writing in The Guardian, Ben Goldacre says, "The bigger scandal is that Roche broke no law by withholding vital information on how well its drug works. In fact, the methods and results of clinical trials on the drugs we use today are still routinely and legally being withheld from doctors, researchers and patients."

Roche said in a statement that it disagrees with the report's conclusions and that Tamiflu is a useful medicine and a vital part of preparing for pandemics. One spokesperson also pointed out to the BBC Tamiflu has been approved by dozens of regulators around the world.

"When I look at that in that context versus one report ... that is a significant body of expertise that have looked at our data and share the same position that we do.

The CDC and the World Health Organization both still recommend the use of Tamiflu for fighting flu outbreaks.