Is Saudi Arabia Shooting Down Missiles? Experts Are Skeptical 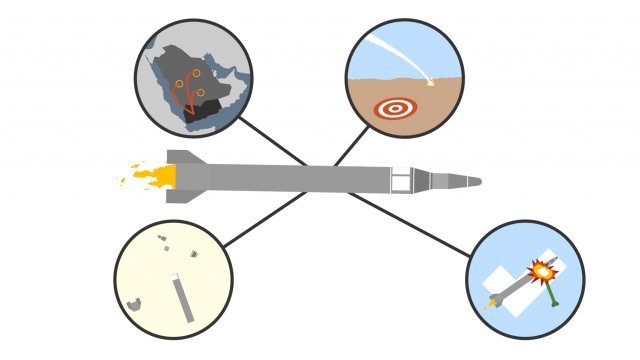 SMS
Is Saudi Arabia Shooting Down Missiles? Experts Are Skeptical
By Jake Godin
By Jake Godin
March 30, 2018
According to Jeffrey Lewis at the Middlebury Institute, "it would kind of be miraculous" if Saudi Arabia's Patriot system was shooting down anything.
SHOW TRANSCRIPT

Saudi Arabia has repeatedly claimed it used Patriot missile systems bought from the U.S. to shoot down missiles that Houthi rebels in Yemen fired into the country.

It might be best to treat these claims with a grain of salt, though — the effectiveness of missile defense systems like the Patriot is debatable.

"One of the reasons we were so skeptical of this to begin with is that ... this is not really what that missile defense is designed to do. So it would kind of be miraculous if the PAC-2 were shooting these things down."

That's Jeffrey Lewis, a nuclear weapons policy expert at the Middlebury Institute. He and his team keep a close watch on all things missile — including the effectiveness of the Patriot system.

The Patriot system was originally designed to shoot down aircraft and has been around awhile. It saw a lot of action as missile defense during the 1991 Gulf War. While the U.S. Army and the system's maker, Raytheon, hail it a success, many critics say it's not… really great at stopping ballistic missiles. 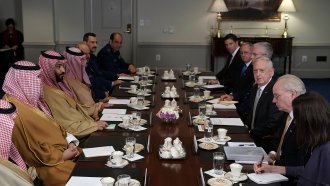 And during the 2003 Iraq War, Patriot missile batteries accidentally brought down two allied planes — one from the U.S. and one from the United Kingdom.

After Saudi Arabia claimed it shot down a missile fired at its capital from Yemen in 2017, Lewis and his team tracked where the debris landed and discovered it was unlikely the missile was intercepted.

"It's really the issue with any missile defense system. Which is, you don't know where they're aiming. You don't know if they just missed. You don't know if it just broke up. You don't know if you hit it. And you have to estimate all of those things. And that's ... there's nothing wrong with that ... it's just that governments tend to estimate things in a way that's kind of favorable to them, right? So if a missile breaks up, they're like, 'Oh, yeah, we definitely hit that.' And it's like, slow down guys, you maybe hit that. Sure. Why not?" Lewis said.

So, is the Patriot missile system a waste of money?