Is Noise From Heavy Traffic Making You Fat? 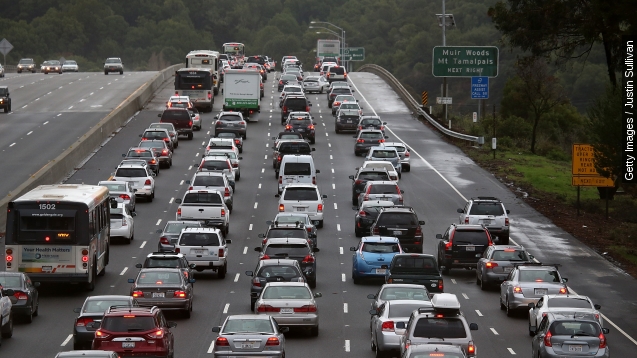 SMS
Is Noise From Heavy Traffic Making You Fat?
By Ryan Biek
By Ryan Biek
May 26, 2015
Traffic noise could partly be to blame if you're overweight. A new study says living next to busy roads could contribute to weight gain.
SHOW TRANSCRIPT

If your diet isn't working and you live next to a road with heavy traffic, researchers are saying noise could be your problem. Yep. You heard right.

A new study published in the British Medical Journal found living next to a busy road can be a significant risk for obesity because of noise pollution. As the New Zealand Herald notes, this is the first finding linking noise pollution to fat accumulation.

"Researchers say traffic can cause a lot of stress levels to go up, prompting the body to produce more fat because your body thinks it's preparing for a time of crisis when food might be scarce," Ainsley Earhardt of Fox News said.

The study's lead author told The Telegraph the issue of noise pollution is due, in part, to increasing urbanization, and the effects can range from being a simple annoyance to affecting cardiovascular health.

According to The Telegraph, the study found normal traffic noise sits at 45 decibels. But for every increase by five decibels, the average homeowner's waistline gains two tenths of a centimeter.

So let's put this in perspective. Most online sizing charts said going up one pant size means gaining an inch around the waist. So for one increase in pant size, the noise pollution has to reach more than 100 decibels.

Considering a power saw operates at 110 decibels, that'd have to be some intense traffic. But any gain can be significant.

This is an even bigger issue for women, as the National Institutes of Health has cited excess weight around the hips as a risk indicator for cancer and heart disease.

As some researchers are noting, though, this is the first study of its kind, and reviews will be needed before the finding is considered definitive.