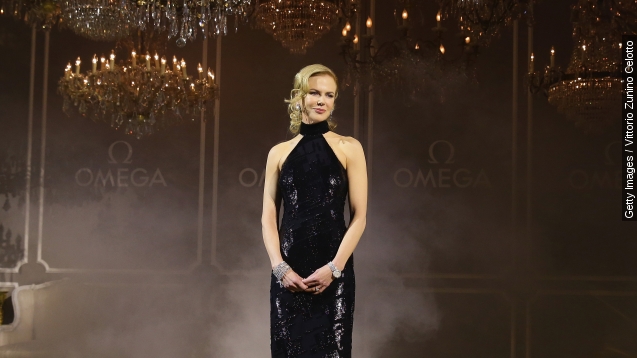 Hi, Nicole Kidman. How are you, darling? We miss seeing you in theaters. Thankfully, we might see you on the small screen soon, which we can live with.

That's because "Empire" co-creator Lee Daniels joked that he wants the Australian beauty to make a cameo on the show. (Video via Fox / "Empire")

Daniels made that comment during his sit-down with Nic for Interview magazine. Luckily, she has just as much interest in appearing on the show as Daniels does. She said, "You promised me I would be there one day." (Video via Fox / "Empire")

And if she appears, does this mean her hubby Keith Urban will be a musical guest? Think of the collaborations!

But more important than trying to guess what role Kidman will have in the Lyon's Den is figuring out what she's been up to lately. Because Nicole, we miss you.

She's actually starring in a London-based play right now called "Photograph 51." The play is about Dr. Rosalind Franklin, a scientist who played a crucial role in how we understand DNA.

And aside from her role in the blockbuster kid's movie "Paddington," she's appeared in a steady stream of indie flicks.

She's got a movie coming out in November called "Secret in Their Eyes." It also stars Julia Roberts and Chiwetel Ejiofor.

If that doesn't pique your interest, Nic has two movies slated to release in 2016, plus an HBO comedy series where she will co-star with our fave on-screen Harvard law alum, Reese Witherspoon.

Plus, Kidman is pretty busy off camera. Several outlets are reporting her daughter, Isabella Cruise, whom Kidman adopted with ex-husband Tom Cruise, got married this weekend in London.

Hopefully, her "Empire" cameo will come soon. If Daniels' admission that he feels "naughty" when he's with Kidman is any indication of what her "Empire" character might entail, we're pretty pumped. We have no idea where he may have gotten that from.