Is Katie Couric Coming Back To 'Today'? 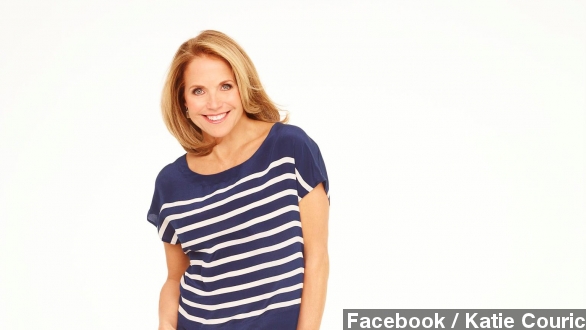 Is the "Today" show trying to relive its glory days? Well, according to recent reports, it might be — with news that NBC is interested in having Katie Couric return to the show as a substitute host.

The New York Post says Couric is in "preliminary talks" — not official negotiations — to come back to the show she co-hosted for 15 years. The reason? To eventually fill in for Savannah Guthrie, who recently announced she's pregnant with her first child.

But an NBC spokeswoman was quick to tell the New York Daily News, "We are blessed with great talent and many options to temporarily fill Savannah's chair while she's on leave, but there's no plan yet."

To be clear though, that spokeswoman did not deny that the network was interested in bringing Couric back.

Couric left "Today" back in May 2006. She and Matt Lauer co-hosted the show together from 1997 until Couric left. The duo helped keep the show's ratings at number one every week during their entire run together. (Via NBC)

The show has been fighting to regain its status as America's number one morning show after ABC's "Good Morning America" broke its 852-week winning streak back in 2012.

And with rumors Couric's in talks to rejoin the network, sources told the New York Post it could bring up the "Today" show's ratings, which tumbled after the network ousted former co-host Ann Curry.

Since then, the show has been solidly planted in second place behind ABC. CNN points out it was able to get a slim ratings win during the Sochi Olympics, but it was a far cry from the show's dominant victory during the 2010 Vancouver Olympics.

If Couric does come back to "Today" later this year, it will mark the first time she has co-hosted a national morning show since filling in for Robin Roberts over at "Good Morning America" back in 2012.