Is Kanye Serious About Making A Video Game? 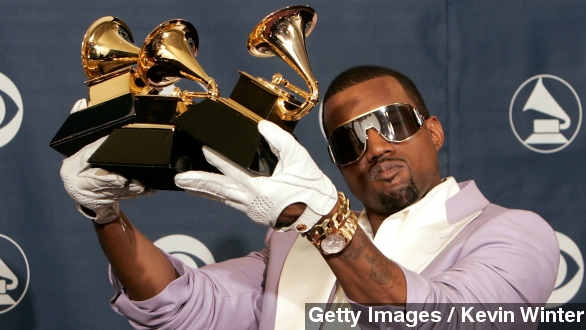 SMS
Is Kanye Serious About Making A Video Game?
By Ben Lawson
By Ben Lawson
February 22, 2015
Kanye West says he's making a video game based on his single "Only One," a song about his late mother.
SHOW TRANSCRIPT

After selling millions of records, winning some Grammys and designing a line of footwear, you have to wonder what Kanye West's next step will be. Well, apparently, it's video games.

Kanye says he's working on a game based on his single "Only One," a song about his mother who died in 2007. The news came from an interview on talk radio show The Breakfast Club:

Kanye didn't really get into the details, so it's tough to say how serious he is about this. But this actually isn't his first foray into gaming.

In a 2009 interview with Details magazine, Kanye claimed the first beat he ever wrote was for a video game he created — in seventh grade.

That game basically boiled down to a very sexually explicit rip-off of "Super Mario Bros."

Let's also not forget the fan-made game "Kanye Quest 3030." That one had Kanye traveling into the future to battle evil clones of TuPac, Jay-Z and various members of the Wu Tang Clan. Yup, that exists.

Kanye isn't the only rapper to dabble in gaming. Let's not forget the awesomely bad games inspired by rapper 50 Cent.

"This is the kind of game were you are almost a little bit embarrassed to have this much fun playing the game but you just can't help yourself," said a reporter for IGN.

So who knows? Maybe we will soon get to see Kanye hopping on stage at a game awards show to belittle game developers, instead of pop stars, for a change.