Is It True The NFL Never Saw The Ray Rice Elevator Video? 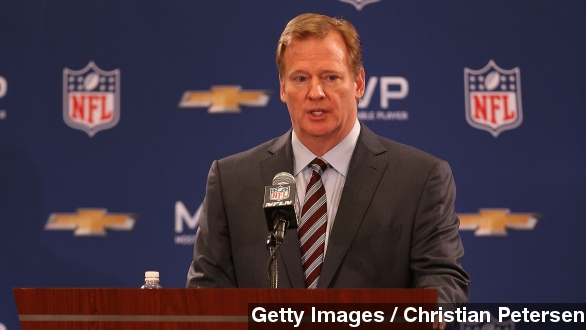 SMS
Is It True The NFL Never Saw The Ray Rice Elevator Video?

By Matt Moreno
September 9, 2014
The NFL says its officials saw footage from inside the elevator for the first time Monday when TMZ released it, but not everyone believes the league.
SHOW TRANSCRIPT

Former Baltimore Ravens RB Ray Rice went from a two-game suspension to unemployed thanks, in part, to a previously unseen video going public.

The NFL says it never saw the video that appears to show Rice punching the woman who's now his wife until Monday, when TMZ posted it.

The NFL released a statement saying: "We requested from law enforcement any and all information about the incident, including the video from inside the elevator. That video was not made available to us."

RAVENS HEAD COACH JOHN HARBAUGH VIA CBS: "It was something we saw for the first time today, all of us. It changed things, of course. It made things a little bit different."

According to TMZ, someone from the NFL did view the video, but the NFL never requested a copy, and that viewer certainly wasn't Commissioner Roger Goodell.

FOX SPORTS: "So now the question becomes, how much of that information got back to Roger Goodell, and did he ever see an actual copy of the video?"

But one commenter for MSNBC says whether the NFL saw it shouldn't really matter.

MSNBC: "Did the NFL even need to see this video? Because I think it was pretty clear to everyone, based on the first video that we saw, what had happened."

Ray Rice is now a free agent. His wife, Janay, defended her husband in an Instagram post Tuesday.