Is It Too Soon For An Ebola TV Show? 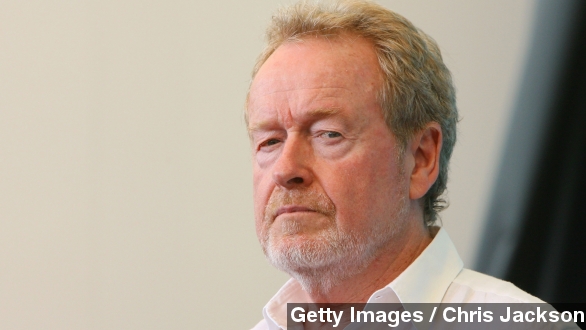 SMS
Is It Too Soon For An Ebola TV Show?

By Ben Lawson
October 17, 2014
Filmmaker Ridley Scott is working on a TV series about Ebola, but some say it's insensitive given the most recent outbreak.
SHOW TRANSCRIPT

News broke Thursday that British filmmaker Ridley Scott is working on a TV series about the Ebola virus. Although it won't be about the current outbreak, some feel the timing is insensitive.

The "Bladerunner" director is reportedly working with producer Lynda Obst to adapt Richard Preston's 1994 book, "The Hot Zone," for a limited TV series. The nonfiction thriller chronicles the Ebola outbreak of the late 80s.

Obst told The Hollywood Reporter: "I think it's the speed with which it kills that makes the disease so frightening. People hoped it would stay in some remote part of the world. But that's a fantasy in the modern world. The modern world makes us one big connected family."

The subject matter has certainly never been more timely. The most recent outbreak has killed approximately 4,400 people in West Africa. Two nurses in the U.S. also became infected after treating an Ebola patient who later died from the disease.

So an Ebola TV series is certain to get a lot of attention. But some feel the show isn't such a great idea.

E! News writes "File this one under: way too soon."

The Inquisitr agrees, saying, "We barely have a handle on being fully informed about Ebola, but apparently that's not going to stop Hollywood from making a TV series about it."

And a writer for Bustle was pretty critical about it as well, calling the recent Ebola scare "prime bait for Hollywood executives."

Although the timing seems very convenient, this isn't a new project for Scott and Obst.

The Hollywood Reporter, which broke the story, says the pair acquired the rights to the book two decades ago and initially planned to turn it into a movie starring Jodie Foster, but those plans fell through.

Apparently the pair has been quietly working on the project for the past year, so work was already underway before the West African outbreak got serious back in March. However, since then, the project has reportedly been fast-tracked.

And we should note not everyone thinks this is such an awful idea. A writer for the International Business Times notes, "Fictionalizing the event might actually help to contain the outbreak of paranoia that threatens to overtake the news coverage."

There's no word yet on when the limited series from Fox Television Studios will premiere.