Is It Too Early For President Trump To Be Home After Hospital Stay? 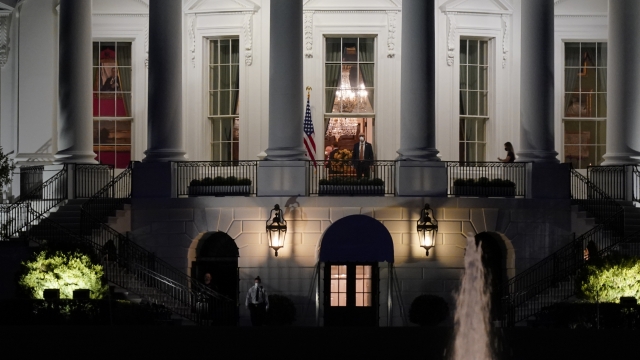 An attending physician told Newsy he's concerned about the coronavirus in the White House after president's return.

Lauren Magarino: "Dr. Calvin Sun is here to provide some professional medical insight. He's an attending physician and clinical assistant professor in emergency medicine. Dr. Sun, the president spent three nights at Walter Reed, and one of the big questions right now is: Is it too early for him to be home?"

Dr. Calvin Sun: "I always have to say that the care that the president is going to get is going to be different from what you and I would get as lay people. But if I were to see that from any of my patients, walk out the way he did, let alone walk up the stairs and breathe like that, I'm not the only one thinks this way. I would put my fist in my mouth and ask the patient to sit down or get back to the stretcher. Uh, if they really want to leave like he did, he would sign out against medical advice. Uh, preferably go to quarantine, but good luck enforcing that. That White House is now more concerning to me that it's become out like a horror movie where no one can get away from possibly being infected by somebody who has so much a viral load that needs all those treatments."

Magarino: "Is a release from the hospital after four days, normal for a patient, President Trump's age and in his comparable health. Because I know you mentioned if it were you or me, we probably wouldn't be walking out of that hospital. But given his age and conditions, I mean, is this typical?"

Dr. Sun: "Yeah. I mean, I think the joy ride that he took to say hi to his supporters in the car, like I had said like, there's no way you would get me into that car unless I'm gonna rush in and intubate you. You can't breathe. Otherwise, I'm staying out of that car, let alone leaving the hospital when he's let back into the community through possibly infect other people and then by him for himself, four days in the hospital, having received all those medications, those are ICU-level medications, one of which is still in a clinical trial, that he got as "compassionate care," which means that he's getting something that nobody really knows about. And they feel like the benefits outweigh the risks that needs to be monitored. And for four days there's not enough of a monitoring you can go home with four days of symptoms, but you cannot be looking like that or haven't gotten those medications. You can go home after four days if you maybe just got a steroid at most and then, you know, on oxygen tank to go with you."