Is It The Beginning Of The End For 'Modern Family'? 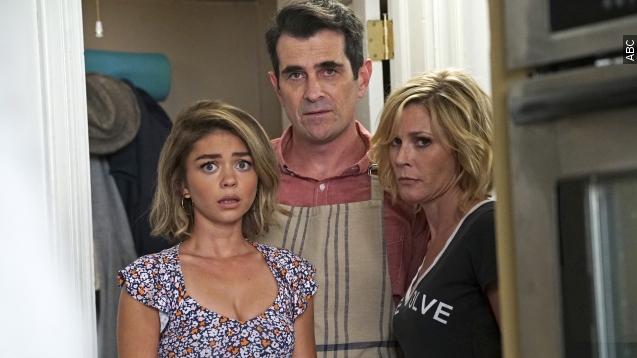 SMS
Is It The Beginning Of The End For 'Modern Family'?
By Cody LaGrow
By Cody LaGrow
September 21, 2015
The five-time Emmy-winning show ended its streak of consecutive gold at the 67th Annual Primetime Emmys.
SHOW TRANSCRIPT

"Modern Family" — a TV show with 21 Emmys attached to its name — snubbed Sunday night at the 67th Primetime Emmy Awards. (Video via ABC)

Julie Bowen and Ty Burrell were both nominated for Outstanding Supporting Actor/Actress in a Comedy Series, and both lost the categories they've won twice before. (Video via ABC)

And the five-time Outstanding Comedy Series winner could've made history Sunday night with its sixth consecutive win. But HBO's "Veep" beat them at the ballot box and stopped the Dunphys and Pritchetts in their tracks. (Video via HBO)

The folks at "Modern Fam" did take home a Creative Arts Emmy last week for Outstanding Sound Mixing for a Comedy or Drama Series. And not that we're undermining the award, it's just sort of like getting your corsage before you go to the dance, still hoping you get the crown for prom queen ... or king.

The latest promotion encourages viewers to "fall in love again" with "Modern Family," and more people may need to for the show to see continued success.

Critics highlighted "Veep" and "Parks and Recreation" as more deserving of the Best Comedy Series title. Last season's "Modern Family" finale ended on a ratings low. And one blogger for TV.com said he'd like to see a Modern Family end date "to release those poor souls from performing the same six miscommunications over and over again."

But if you haven't had it with the show that helped change the landscape of TV sitcom families, "Modern Family's" seventh season kicks off Wednesday, Sept. 23, where no doubt, another lesson in love and laughter is on its way.