Is Hollywood Finally Catching Up To TV's LGBT Content? 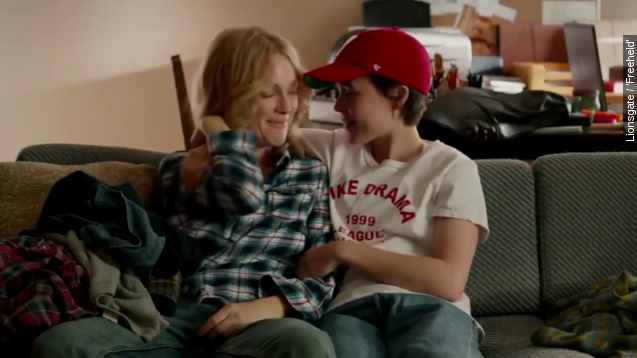 "Freeheld," "The Danish Girl" and "Stonewall" are some of the movies you’ll see in theaters by the end of the year. And they all feature LGBT characters in lead roles.

Now, is this a coincidence, or is Hollywood trying to catch up with TV by diversifying its content?

For quite some time now, Hollywood has been accused of underrepresenting the LGBT community on the big screen.

A study released in early August by the University of Southern California's Annenberg School for Communication showed out of “4,610 speaking characters in the 100 top films of 2014, only 19 were Lesbian, Gay or Bisexual. Not one Transgender character was portrayed.”

And that’s pretty dismal compared to television. GLAAD, a media advocacy group for the LGBT community, reported in 2014 there were 64 regular LGBT characters on TV.

And with the success of shows like “Modern Family" and “Orange is the New Black," it’s puzzling to see why it’s taken Hollywood so long to show more LGBT roles in theaters. (Videos via ABC / "Modern Family," Netflix / "Orange Is the New Black")

So if you’ve got a good story, money doesn’t seem to be an issue. Maybe it’s the pressure to get a story right and fear of backlash that makes Hollywood shy away from LGBT characters.

“Stonewall” is a perfect example. The trailer was released and since then, it’s been a PR nightmare. Many criticized it for being “whitewashed,” historically inaccurate, and for not casting a transgender actor to play the lead role …

All prompting a response from director and star Roland Emmerich on Facebook, writing,“I understand that following the release of our trailer there have been initial concerns about how this character’s involvement is portrayed, but when this film … finally comes to theaters, audiences will see that it deeply honors the real-life activists who were there.”

But let’s be honest, you risk facing backlash no matter the movie. So whatever it may be that has prevented Hollywood from making more LGBT roles in the past, it looks like they are now taking a step toward inclusion.