Is Gwyneth Paltrow Trying To Build A Martha Stewart Empire? 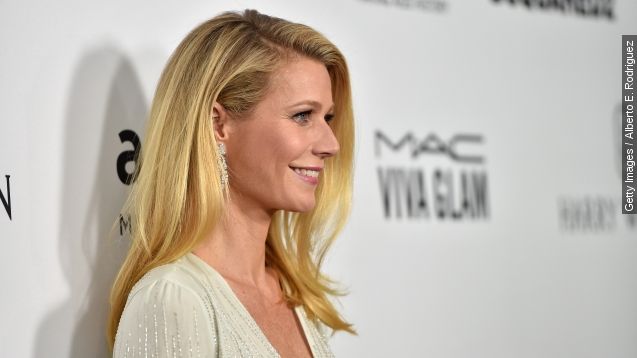 In 2014, Martha Stewart made a rather insulting comment about Gwyneth Paltrow's lifestyle newsletter, Goop, saying: "She just needs to be quiet. She's a movie star. If she were confident in her acting, she wouldn't be trying to be Martha Stewart."

Ouch. But quite frankly, at first glance, you might think that's exactly what Paltrow was doing — trying to build a lifestyle empire like Stewart's.

And she is, but really, she's just doing what Stewart did in the post-Julia Child era. She's updating the formula.

The similarities are there — especially since Goop will now have an imprint under Grand Central Publishing called Goop Press.

Both women have essentially traded in successful careers to start up a new business. Stewart was a Wall Street stockbroker before opening a catering business. And Paltrow — well, we know where her success comes from.

Stewart has grown her catering concept into an empire that was worth $2 billion at one time, encompassing every lifestyle entity you could think of: a TV show, books, newspaper column, paint colors and a website.

She's been working on this "how-to" business for more than three decades, while Paltrow launched Goop in 2008 as a curated newsletter of her favorite things.

And as much as people love to hate on Gwyneth Paltrow — after all, she was named one of the most hated celebrities of 2014 — it's that air of pretentiousness that probably helps make Goop successful.

Let's not forget the time she told E! it's harder to be an actress than a working mom. To quote her, "I think to have a regular job and be a mom is not as, of course there are challenges, but it's not like being on set."

And where Stewart capitalized on the DIY concept, Paltrow's company acknowledges that people may not have time to be crafty anymore. And the numbers might back that up. The Bureau of Labor Statistics reports 70 percent of mothers with children under the age of 18 are employed.

Which makes sense, because Lisa Gersh, Goop's CEO who ironically came from the Martha Stewart empire, told Racked, "For some people, [our content] is actually how they live, for others it's more aspirational."

Obviously, we're comparing apples to oranges in terms of success. Goop is an eight-year-old company and Stewart has been publishing books alone since 1982.

But given that Gersh wants to expand Goop into home goods, kitchen ware, fashion and even brick-and-mortar stores, Paltrow's company could potentially see the same success at Stewart's once-massive empire. (Video via Goop)