Is 'Feel Full' Supplement The Future Of Weight Loss? 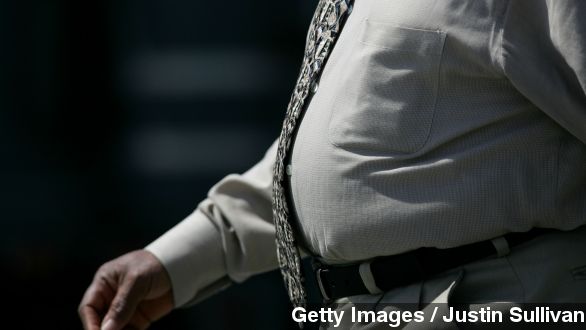 SMS
Is 'Feel Full' Supplement The Future Of Weight Loss?
By Jake Godin
By Jake Godin
December 12, 2014
Researchers in the United Kingdom published a study Wednesday outlining the use a new nutritional supplement that could help dieters lose weight.
SHOW TRANSCRIPT

If you're trying to lose weight, most diets will suggest eating less. But researchers have claimed they've created a supplement that could make those hunger pangs disappear.

The “feel full” chemical is the product of researchers at Imperial College London who published their findings in the medical journal Gut on December 10.

In two studies, researchers gave volunteers a chemical called inulin-propionate, while others were only given inulin. Those who received the new compound ate 14-percent less than those who received inulin.

In a follow-up study, the same was done with 60 overweight adults over the course of six months. Of the 49 who completed the study, only one of the 25 who took the supplement had noticeable weight gain. (Video via National Geographic)

Propionate is fatty acid naturally created in the body after a person consumes inulin. Inulin is a dietary fiber naturally found in some foods like bananas and onions. It's also specifically added to other foods like cheese and cereal.

By adding propionate to the inulin people already consume, lead researcher Gary Frost told Quartz they were able to give study participants the equivalent of 100 grams of fiber a day. It's that additional fiber that apparently helped them lose weight. (Video via Imperial College London)

It sounds like a lot, but Americans only average about 15 grams of fiber a day. Frost told Quartz some other nations average much higher— closer to that 100g amount.

So the supplement can make us eat less by essentially giving us more fiber. But, as great as it sounds, it could have negative effects— as with most dietary supplements.

A professor of chemistry and biochemistry at the University of Colorado told HealthDay it's possible the supplement makes gut bacteria more efficient at sapping nutrients from food. That, in turn, could lead to people getting less nutrition from their diet.

And ABC’s chief health and medical editor, Dr. Richard Besser, was skeptical as well, saying “So far, no, this is not the silver weight loss bullet.”

Frost is currently working on another trial using the inulin-propionate compound and says the ingredient could be used on foods in as little as two years.