Is Dwayne 'The Rock' Johnson Cooking Up A Presidential Run? 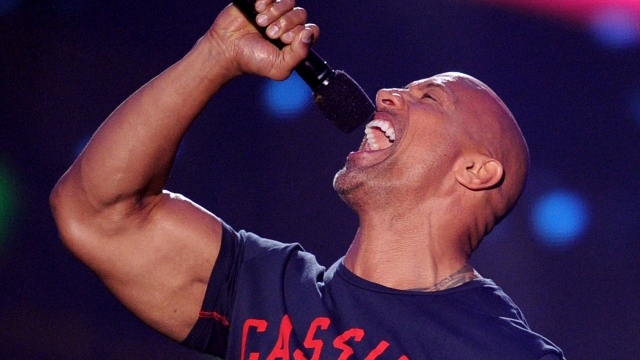 SMS
Is Dwayne 'The Rock' Johnson Cooking Up A Presidential Run?
By Ben Lawson
By Ben Lawson
June 3, 2016
The actor says politics might be in his future.
SHOW TRANSCRIPT

Dwayne "The Rock" Johnson has already conquered wrestling and made a name for himself in Hollywood. But now, he's apparently thinking about stepping into a new arena — politics.

In an interview with British GQ, Johnson said he hasn't ruled out running for office.

Although, he told the magazine there are a lot of other things he wants to do first, so it doesn't look like he has any immediate plans to mount a campaign.

The Rock actually said a political career was a possibility back in 2012.

"I wouldn't rule it out. I think in order for politicians to be successful, you have to be passionate about politics. I care about our country, but right now I can make impact in other ways," Johnson said.

So, who knows? Maybe Johnson will join Arnold Schwarzenegger and Ronald Reagan and make the switch from actor to politician.

Weirder things have happened, and we gotta say, it would be pretty interesting to see The Rock talking trash on the debate stage.