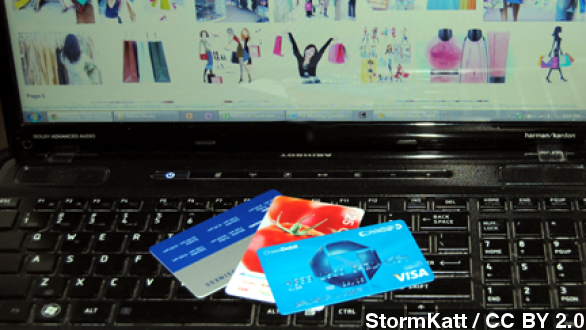 'Tis the season for trampling, elbowing and arguing with anyone standing in the way of those awesome deals that come with the Thanksgiving holiday. But since Thanksgiving and Black Friday have passed, Cyber Monday might be your last chance to snatch up some of those discounts.

In recent years, both Thanksgiving and Black Friday deals have started to move online, which leads some to wonder if Cyber Monday is still all that relevant.

Though as a contributor for ABC notes,"Cyber Monday has extra lives. ... Cyber Monday is far from dead, it's now the action packed catch all, final sale of the Black Friday season."

Yes, there are plenty of deals out there. You just have to know where to look. "Cyber Week starts early." (Video via Walmart)

"This Cyber Monday, get our best deal of the season."

"Cyber Monday is so big it starts Sunday."

But how do the deals measure up to Black Friday, which these days isn't at all contained to Friday but instead starts on Thursday. Actually, both Black "Friday" and Cyber "Monday" run through the week in many cases, but it's the pricing that makes all the difference.

And unfortunately, if you decided to skip the annual stampede to grab the best deals in stores and instead did your shopping from home, you might have missed out on some of the biggest deals. (Video via CBS)

DealNews compiled data from the past three years looking at how sales on Thanksgiving Day, Black Friday and Cyber Monday compare. If you're looking for clothes, shoes or beauty products the web is the place to be. You might even find decent deals on hotel rooms, camera and toys. But for the most part Thanksgiving takes the cake.

So if the best deals are Thanksgiving and Black Friday why even keep Cyber Monday around? Well, PCWorld's Hayden Dingman explains Cyber Monday has become really just "the awkward solution to a problem that no longer exists." That "problem" goes back to around 2005.

That's when "home Internet speeds were still 'just okay,' at best. As a result, many consumers went back to work the Monday after Thanksgiving and took advantage of their office’s high-speed connection for holiday shopping. Eventually retailers caught on and offered deals to these enterprising shoppers. A 'new holiday' for shopping was born." Because many people still have that following Friday off of work — it makes sense that Black Friday is still around, even through that particular day is also losing relevancy.

Now that high-speed Internet isn't just confined to the office, online shopping is an option on Thanksgiving too. And that essentially turns the whole weekend (and Monday) into one big sale. Though the details still differ between Thursday and Monday. Just do a little research before adding anything to your cart — in the store, or on the web.

This video includes an image from Powhusku / CC BY SA 2.0.