Is BlackBerry's New Smartphone Enough To Turn The Tide? 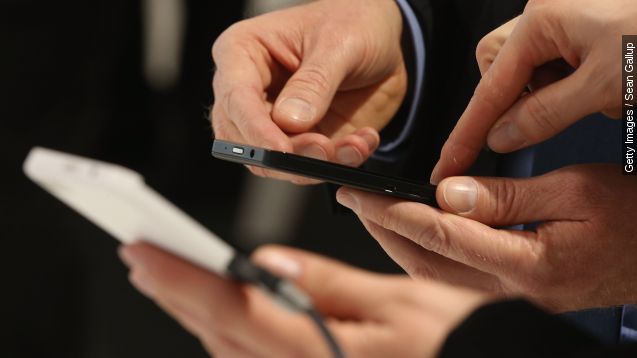 SMS
Is BlackBerry's New Smartphone Enough To Turn The Tide?
By Katie Link
By Katie Link
September 25, 2015
BlackBerry is launching a new smartphone that will run on the Android operating system. Will it be enough to save the company?
SHOW TRANSCRIPT

BlackBerry is making a comeback. Well, hoping to make a comeback, at least.

The Canadian company that suffered large sales drops due to the rise of competitors' smartphones is now pivoting to Android.

It's been long rumored that BlackBerry was partnering with Android to build a new smartphone concept. And now that rumor is a reality.

"I am confirming our plans to launch Priv, an Android device named after BlackBerry's heritage and core mission of protecting our customers' privacy," BlackBerry CEO John Chen said in a release Friday.

According to Android Authority writer Edgar Cervantes, "Its specs include a Snapdragon 810 processor, 3GB of RAM, a 5.4-inch QHD display, 18 MP/5 MP cameras and that sexy physical keyboard that has become BlackBerry's stamp."

But the question remains: Will this Priv smartphone be enough to save BlackBerry?

The company has a steep hill to climb. Friday BlackBerry reported that for its fiscal quarter ending in August, it only sold 800,000 phones. That's a third of the number from the same time last year. Overall revenue dropped by half during that same time period.

This is due in part to reaching a saturation point in major Asian countries — there are simply not enough new phone buyers left in the world.

But there are still plenty of users out there looking to replace their handset with the latest and greatest. Maybe this time around, BlackBerry can boost its fortunes.

Priv is set to hit store shelves later this year.

This video includes images from Getty Images, NoirKitsuné / CC BY 2.0 and Honou / CC BY 2.0.