Is BlackBerry Bouncing Back? 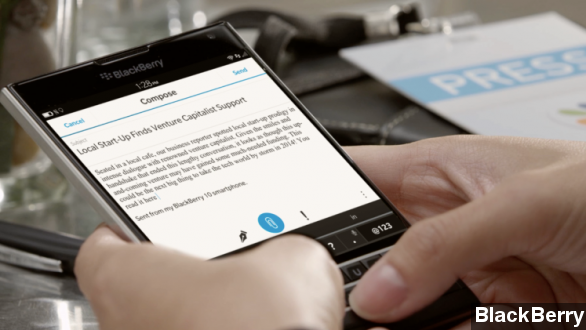 SMS
Is BlackBerry Bouncing Back?

Good news for BlackBerry. Yes, that's right, the one-time world champ might be making a comeback.

"This was about creating something better, something unique, something with purpose." (Video via BlackBerry)

BlackBerry reports the Passport sold out on its website within six hours, and it has since become the top selling phone not linked to a specific service provider on Amazon.

But remember, this isn't the BlackBerry of 2007. Back then, the device-maker controlled more than 13 percent of the smartphone market.

So with the Passport, the company is targeting a niche. It's also the first flagship device released under CEO John Chen. (Video via BlackBerry)

And CNET says, "The Passport is indicative of Chen's strategy shift toward more people who work in large corporations and government agencies that value security and messaging capabilities."

The Passport has a few unique features. First, that large, square touchscreen. Also a reported 30 hours of battery life and a touch-enabled keyboard. (Video via BlackBerry)

"I combine the physical keyboard along with swiping to type." (Video via BlackBerry)

All of this, along with BlackBerry's business-focused history, potentially positions the device as the "leave your laptop at home" phone.

But Digital Trends notes the company's real test will happen over the next few months. If sales stay up, "It could prove to be a considerable success for BlackBerry, but there is a chance demand will slow once all the die-hard BlackBerry users have put in their order."

After all, we've heard the BlackBerry comeback story before. Remember the hype before new operating system BlackBerry 10 and what happened after it was released?

"This fell way short of everyone's expectations." (Video via Bloomberg)

But while the Passport alone might not be able to resurrect BlackBerry, it's an encouraging start. The company plans to release another new device, the BlackBerry Classic, in the coming months.