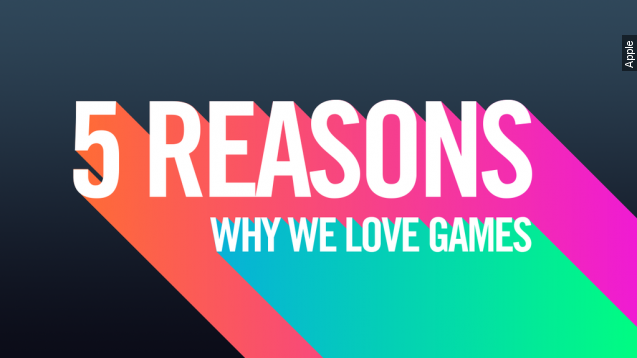 Apple sent the tech press into a frenzy Thursday when it launched "App Store Games," a Twitter account run by Apple's game curators.

The account got things going by explaining what it takes to get your game featured in the store:

Many people believe Apple ranks its apps solely by their popularity: downloads, reviews and ratings. But the company actually employs a team of curators — editors who comb through Apple's massive app catalog, looking for content to feature. (Video via Apple)

Apple plans to use its new Twitter account to feature games, tips and tricks, interviews with developers and more.

Apple-focused tech blogs have suggested the company would update its Apple TV set-top box for quite some time.

Mark Gurman of 9To5Mac has an excellent track record for correctly predicting Apple's plans. Gurman says Apple will announce a redesigned Apple TV at its September press event, and it's expected to feature an App Store with support for gaming. (Video via CNBC)

And that has tech writers across the Internet connecting the dots.

Mashable says, "it looks like gaming is going to be a serious factor in the next-gen take on Apple's popular set-top box," The Verge mentioned the Apple TV gaming rumor in its headline and Polygon did the same.

And so did we. Despite Apple's obsession with secrecy, the company's popularity means it just can't keep things under wraps.

Apple's event kicks off September 9. Be sure to check out our coverage of the event — we'll be keeping our eye out for this "rumored" gaming console.

This video includes images from Paul Hudson / CC BY 2.0 and Apple.