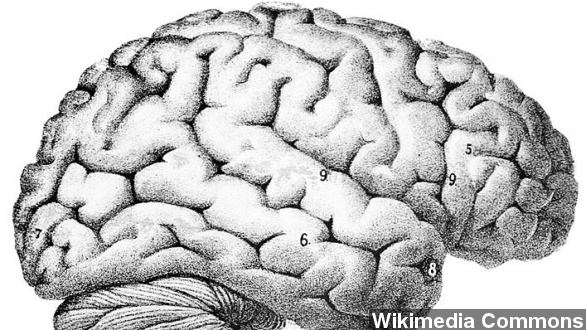 SMS
Is Apathy A Sign Of A Shrinking Brain?
By Amy Kluber
By Amy Kluber
April 17, 2014
A recent study links apathetic feelings to a smaller brain. Researchers say the results indicate a need for apathy screening for at-risk seniors.
SHOW TRANSCRIPT

It might be common for those in their golden years to develop some kind of apathetic feelings, but a new study suggests those feelings could be a sign of a shrinking brain.

According to the study published Wednesday in the journal Neurology, researchers in the Netherlands looked at the brains of more than 4,300 seniors. Those with at least two symptoms of apathy — such as a lack of interest or enthusiasm — had significantly less brain volume than those with fewer symptoms.

The researchers measured two parts of the brain — gray matter where memories are stored and white matter, which controls the brain's communication system. They found the brains of apathetic individuals actually contained both less gray and white matter. (Via National Geographic)

According to HealthDay, the researchers noted the apathetic individuals had decreased brain volume even without any signs of depression, which has been linked to brain shrinkage in the past.

Currently, tests for depression don't recognize signs of apathy. But the researchers say the findings suggest apathy alone could indicate brain disease and the medical community should develop ways to identify it when screening for depression.

The researchers aren't really sure about the linkage between apathy and a smaller brain. It's unclear whether apathy causes brain shrinkage or if brain shrinkage causes apathy.

A medical professional not associated with the study tells USA Today, "It could be that in some people, [apathy] signals a pending developing generative disease or cognitive impairment or even early signs of depression."

But according to Medical News Today, one of the study's authors says: "Apathy symptoms are common in older people without dementia. And the fact that participants in our study had apathy without depression should turn our attention to how apathy alone could indicate brain disease."

It should be noted, the seniors were not formally diagnosed with apathy, and the study does not determine whether apathy is an early sign of other conditions such as Alzheimer's disease.