Is AC/DC Calling It Quits? 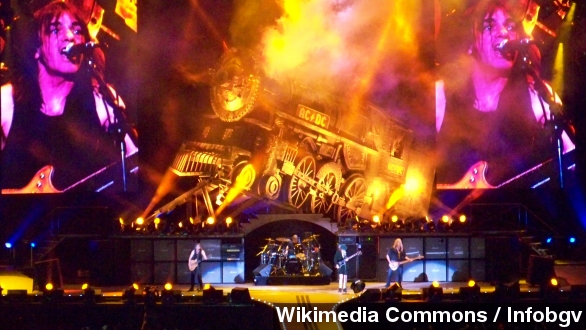 Is the classic rock group AC/DC headed down the highway to ... retirement?

The legendary Australian band very well could be, if several reports out Tuesday are true.

"There are rumors this morning the legendary rock band is getting ready to call it quits because of the ill health apparently of one of the founding members." (Via CBC)

And sources told The Sydney Morning Herald that member is 61-year-old guitarist and songwriter Malcolm Young, who has reportedly returned to Australia to be with his family. But exactly why he might be unable to keep playing is still unclear.

Ford addressed the fact that AC/DC was supposed to embark on a 40th anniversary tour this year, but we haven't heard a peep about it since the band announced the plans last year. (Via Leidseplein Presse B.V. / AC/DC)

"The suggestion is being put to me that tour will never happen and we will never see AC/DC perform again or record again." (Via 3AW)

Apparently, according to The Sydney Morning Herald and other Australian media outlets, the rockers have a pact that none of the members will be replaced if they need to leave the band. (Via Wikimedia Commons / Matt Becker)

But not everyone is as thunderstruck by the retirement rumors.

The Australian points out that AC/DC booked a recording studio in Vancouver for six weeks starting in May. And sources close to the band told the paper they hadn't heard about any retirement plans.

The group's label has yet to comment or release a statement on the rumors. But if the band does ultimately end up retiring, who's to say it won't be back in black sometime in the future?